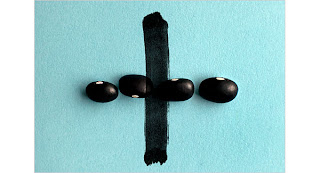 I regularly read Pete Wells column Cooking With Dexter in the New York Times (online edition) about his cooking adventures with his young son Dexter. Today's article  has been my absolute favorite to date. We all need to emulate Dexter's outlook on cooking, and also follow his advice of #1 Do your best, and #2 Do it again. While I have included the link above, I am also sharing the article in it's entirety here, I liked it just that much...


Cooking With Dexter
By Pete Wells
Published March 3, 2010 in the New York Times

Burnt Offerings...
With a very few exceptions like microwave cooking, which was discovered when an engineer was fooling around with a radar set that melted a chocolate bar in his pocket, most kitchen accidents belong in the trash. I hate mistakes when I’m cooking, although I’ve certainly made enough of them. I am forever oversalting the oatmeal or scorching the butter or flipping pancakes into unnatural postures, and each time I want to kick the stove and walk away. The only thing stopping me is my 5-year-old.

If I am cooking and Dexter is awake, then we’re together. I try not to let him see me snarl in the kitchen, as I try to hide all my bad qualities, and not just because I want him to like me. I want him to learn the right things from me. I will be pleased if he goes off to college knowing how to dress a salad, and less pleased if a lettuce leaf limp with excess oil makes him curse and invert the bowl over the rug.

>He has the gene, undoubtedly. He will stop writing a note to a friend and shred it into confetti because a letter E came out backward, and some of his afternoons painting watercolors with our downstairs neighbor have ended in tears, as when the yellow rays of a sunflower were slightly out of proportion to the brown eye in the center. After a similar event in art class last week, he wrote out a note to himself that read: “Step 1: Do your best! Step 2: Try again.”

It’s hanging in the kitchen now, where I intend to follow its teachings, especially when Dexter is around. The odd thing is that the kitchen is one place where he never seems to mind falling short of his ideal. He is an almost completely fearless cook, and one for whom failure seems to have no consequences. He has produced cookies so profoundly inedible on so many levels that I couldn’t even figure out how you would eat them if you wanted to. When he is responsible for something wretched like that, he shrugs and simply tosses it away. I can’t get too upset about the wasted ingredients because most of his constructions are no bigger than an English muffin.

When Dexter is at the stove, neither failure nor success surprises him. Watch him bake: he freestyles like a snowboarder. Yes, he uses measuring cups and spoons, but for him they are simply handy conveyances for transferring baking powder and sugar from their canisters to the mixing bowl. When he levels off a cup of flour with the back of a knife, he is thinking about aesthetics, not ratios. He and I add milk or water until what’s in the bowl looks like dough, or like batter. If we go too far with the liquid, he’ll add back some flour. I understand that seasoned professionals can bake this way. What I find hard to fathom is that it works for kindergartners too.

>Baking is chemistry. So goes the cliché, and in its thrall I have gone to great lengths to ensure the kind of precision that leads to perfection. Watch me bake: I measure like a jeweler. At the height of my craziness I have sifted flour onto the countertop, then gently spooned it into several cups. Later, getting all devil-may-care, I spooned flour carefully out of the canister, after fluffing it up a bit to simulate the sifting effect. The sad final step in this degeneration would have been eating raw flour right out of the bag, but I was saved from that skid-row indignity by my purchase of a cheap digital scale. Weighing is no less crazy than sifting, but it is a whole lot easier.

I now wonder if any of this is truly necessary. Is baking chemistry? Certainly, chemical reactions take place inside muffin cups, but the process may not be as exact as I had always imagined. Last weekend a friend and I worked on a high-tech pizza dough recipe, with precisely controlled gluten ratios, yeast strains and proofing times. I weighed the ingredients, of course. Meanwhile Dexter threw together a little salt, flour, starter culture, yeast and water. His crust wasn’t as delicious as the high-tech one, but it was significantly better than what about 95 percent of the world routinely accepts as pizza.

Dexter has yet to invent a recipe worth writing down, but at his side I have begun to see that thoroughly screwing up in the kitchen is a lot harder than I previously thought. In that spirit, I recently served 40 people a pot of burned beans.

When gathering ingredients, I am as conscientious as I am about weighing flour. In this case, the four pounds of organic black beans were this season’s crop, grown in upstate New York. The ham hock and thick bacon, reeking of smoke, came from a Brooklyn shop where earnest young men with a missionary gleam in their eyes carve up animals to help save the world from industrial farms. I even fried my sofrito (a solid foundation of green pepper, onions and garlic, upon which to build a soaring edifice of cumin, oregano, black pepper and vinegar) in local lard. Considerable money and time were devoted to assembling, chopping and simmering all of the above. I checked for salt, and checked again, and again. Finally, I had a profoundly rich and luxuriously meaty pot of Cuban black beans. And then, just minutes before serving it, I turned the burner three notches too high and charred the beans.

It is true that by that time, many of my guests had put away a few cups of rum punch. It is also true that some of them commented on the beans’ remarkably insistent smokiness. But none of them seemed to think the dish had been ruined, because it hadn’t. The slight hint of carbon was a perfectly tolerable accident, even if scorched beans never turn out to be the next microwave oven.
at 9:35 AM