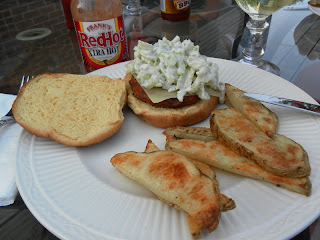 
Sometime last week we were watching an episode of triple D, but the only thing I can remember about the episode is a celery bleu  cheese slaw that was served with hot wings.  I have had that stupid slaw on my mind all week, so enough was enough, I had to make the slaw.  I did not have any wings in the freezer but wanted the spicy bite against the cool slaw, so I decided on buffalo burgers.  Preparing these was as simple as basting the burgers with hot sauce while they were grilling; we used Frank's Extra Hot Red Hot to ensure that they were indeed spicy, but you could obviously use whatever suits your taste.  I used sirloin burgers here, but would have actually preferred turkey or chicken, so again, use what you have or like.  The slaw was so crisp and delicious, I don't even know how to describe it, you just have to trust me and give it a try.  To finish out the meal we had easy steak fries, which I couldn't resist dipping in Frank's spicy BBQ sauce. 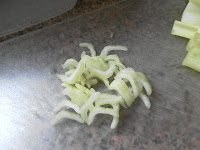 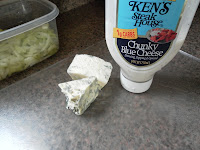 Yes, seriously, this has only three ingredients.  Use what ever amounts you want to make.  I had some celery sticks in the fridge and a wedge of gorgonzola dulce (may favorite bleu), so that is what I used.  Slice the celery very thin and then crumble/grate the bleu cheese into the same bowl.  If not eating immediately, just stash the bowl in the fridge at the point.  just before serving mix in just enough of you favorite bleu cheese dressing to moisten the slaw and serve.
Note- only make the amount of slaw that will be eaten at the meal.  We had some leftover and when we went to eat it a few days later it wasn't so good.  The celery had released water, leaving it limp and the slaw wet :( 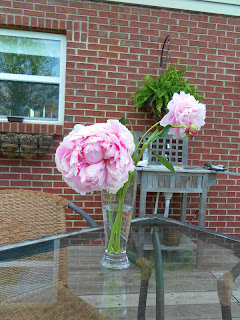 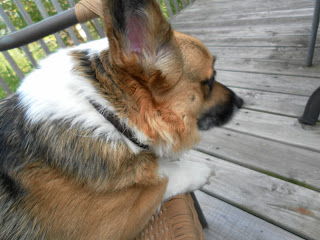